Skip to main content
Owing to the screen size of your device, you may obtain a better viewing experience by rotating your device a quarter-turn (to get the so-called “panorama” screen view).

You have apparently come to this page from a link on a search engine or another site. If this is your first visit here, I much recommend that you take a few minutes to look over the introductory material accessible via the red “Introductory” navigation block just below the pictures. An understanding of the purposes and principles of organization of this site will, I hope and believe, much augment your experience here, for this page and in general. You can simply click this link to get at the site front page, which, unsurprisingly, is the best place to start. Thank you for visiting.
Search, or just roll your cursor over the colored boxes farther below.

(Google Searchbox will appear here.)
Click the “X” above to dismiss the Search results. 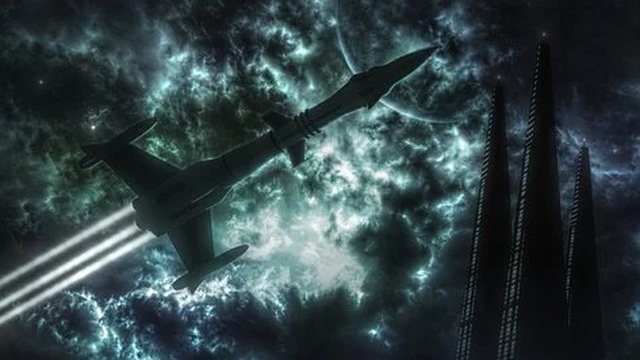 Site navigation: place your cursor over a block below to see the pages list for that block.

(For convenience, this section is repeated atop each of the pages tabulated below.)

Dunsany was a prolific writer of works both in and out of the speculative-fiction mode. Moreover, a great deal of his work was short stories, and large numbers of collections, some original, some reprints exist; worse, many of these collections have complete, near-complete, or partial overlap, making the task of the reader who would explore Dunsany’s output in full a taxing one. I have here attempted to bring some order to a bibliography of Dunsany’s published works, including his entire oeuvre but focussing especially on his speculative-fiction output. Such a bibliography has been done in print by S. T. Joshi and Darrell Schweitzer, but copies are expensive and it is not up to date (being from 1993). Also, the material here presents the data in several different forms, each of which, I hope, will have its utility for the reader.

The diligent may also find the Wikipedia bibliography of Dunsany of some interest (as a cross-check if nothing else), as well as the well-researched entries at the ISFDB.

The material here is presented in these different tabulations (one per page):

All SpecFic Books A simple list of all of Lord Dunsany’s fantasy and science-fiction books, showing publication year, type (novel/collection), and—for reprints—the amount of original material (if any).

All SpecFic, Listed This is the above list, but greatly expanded to show the full list of stories in each book of collected stories.

SpecFic Stories This is an alphabetical list of all of Lord Dunsany’s fantasy and science-fiction short stories, showing for each story all of the books in which it appears.

Unique SpecFic Stories This is an alphabetical list of all of Lord Dunsany’s fantasy and science-fiction short stories that each appear in but a single book, plus a list of all of his books containing one or more stories unique to that book (with a count of unique stories in that book).


All Books This list is similar to “All SpecFic Books” above, but also includes his non-speculative “mainstream” works (novels, stories, poems, essays, etc.); the speculative ones, however, are annotated as in the speculative-only list.

All Books, Listed This is the above list, but greatly expanded to show the full list of stories in each book of collected stories, speculative and mainstream.

Some few notes are in order. First, titles of both books and individual stories are my best attempt at “canonical”, but minor variants, notably in capitalization, are not uncommon in other lists (as, for example, between The Man Who Ate the Phoenix and The Man who Ate the Phoenix). Second, the canonical story titles are used even when the title as given in a particular reprint edition is quite different (that is almost entirely a matter of the Ballantine Dunsany collections edited by the well-meaning but sometimes-bumbling Lin Carter); in such cases, I have appended the title used with the notation (here titled Whatever). Third, the speculative-fiction listings omit anything but novels and stories (that is, no plays or poems, of which Dunsany produced not a few). Fourth, I have for internal sorting purposes labelled each of his speculative-fiction books as either Novel or Tales, but his non-speculative books are each either novel (lower-cased) or Stories (or, of course, whatever other form they may be, such as Poems or Plays or whatnot); there is no difference between the designations except whether the labelled works are speculative.

Note also that—as you might expect—most book titles, here and in the tabulation below, are click-on links each to a page that will show all editions of that book currently available for purchase new or used (through ABEBooks).

The reader wanting to acquire as much Dunsany as possible in as few volumes as possible will find listed in these pages all the “unique” speculative-fiction books—that is, those containing at least one story not appearing in any other published book. But, as that tabulation notes, that is scarcely all that one needs, because there are very many stories in none of those “unique” books, but repeated in many others. The bulk of Dunsany’s speculative fiction may be had in a collection comprising the volumes shown below (“apa” signifes “also published as”):

The reader then wanting to “fill in the cracks” would need to add this to the collection:

There is also a set of—so far—six collections from the Pegana Press of “Lost Tales”; those have some slight overlap with some of the works in the books above, but seem to be mostly unique. I do not list them here as “Basic” because they are all extremely rare and three-digits expensive.

The listings above do not include the 2006 omnibus titled Tales of God and Men for the simple reason that it never existed past a few early review copies; it was scheduled for release in November of 2006, but was cancelled by the publisher in September of that year (I have been unable to determine why, but I’d guess copyright difficulties). It would have been an 8-volume omnibus, and the preferred main source for Dunsany, but what is, is (or, in this case, what isn’t, isn’t).

Some books wanting special comment: The Little Tales of Smethers, though thoroughly Dunsanian, is not speculative fiction save for (perhaps) one tale, and so is not included in the specfic lists. The half dozen “Jorkens” books of stories are of the classic form of the British “club tale”, told round the fireplace in a gentlemen’s club, but a substantial fraction of the tales are fantastic (or, occasionally, science-fictional), and even those that are not have that style and air one might call “far-awayness”; in any event it would be silly, very difficult, and ultimately pointless (as they are all collected together) to try to segregate individual Jorkens tales as to “speculative” or not.

Finally, even with all the recent “re-discovered” tales, there remains a body of yet-uncollected work, speculative and other. Jeff Wyonch has presented a list of uncollected Dunsany to which it would be supererogation to attempt to add (though, being from 2009, it may by now be dated).


All of Lord Dunsany’s Books

The Table below shows all books by Lord Dunsany, whether or not classed “speculative fiction”. The list is not separated by type—novels, story collections, poetry, plays, essays, all are intermingled (but in chronological order). From links in the Tables above, you can also locate pages showing the full contents of all these books (if they are not single works, such as novels), or analogous lists limited just to Dunsany’s speculative fiction.


All Works Published as Books:

(The dates shown are of first publication; many of these have had numerous reprints, especially since they fell out of copyright and print-on-demand came along.)

This site is one of The Owlcroft Company family of web sites. Please click on the link (or the owl) to see a menu of our other diverse user-friendly, helpful sites.

Like all our sites, this one is hosted at the highly regarded Pair Networks, whom we strongly recommend—click the link to learn more. (To get 20% off on hosting fees if you move to Pair, use code pairref-FyXypEEk)
(Note: All Owlcroft systems run on Ubuntu Linux and we heartily recommend it to everyone—click on the link for more information).


All content copyright © 2023 The Owlcroft Company
(excepting quoted material, which is believed to be Fair Use).

This web page is strictly compliant with the W3C (World Wide Web Consortium) Extensible HyperText Markup Language (XHTML) Protocol v1.0 (Transitional) and the W3C Cascading Style Sheets (CSS) Protocol v3 — because we care about interoperability. Click on the logos below to test us!